It has been a while, hasn’t it?

Between my week on retreat and spring break, I’ve been away from the blog-realm for two whole weeks. But the world spins on and so do my posts on the Missional Church. 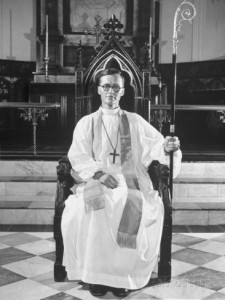 This regal looking fellow is a young Lesslie Newbigin.

A little disclaimer: I know that Lesslie Newbigin is not the only mission-minded theologian in Christendom. I also know that this short post could not do justice to the incredibly dense volume of work that Newbigin produced in his lifetime. I even know that this post may be seen by some to be like one brick compared to the Great Wall of China.

The Missional Church is not an invention of the church growth advisors and it is not a fad. 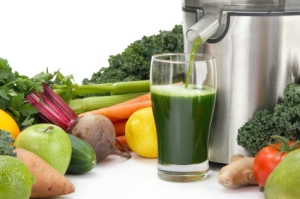 Unlike juicing, the Missional Church is not another fad.

Newbigin was born in England in 1909. His father, a businessman, sent him to a Quaker boarding school at 12 because of their committed pacifism. He went to Queens’ College  in 1928. He became involved with the Student Christian Movement and had a conversion experience while leading a camping trip for underprivileged men.  He soon articulated his call to ordained ministry and set out to become a missionary.

In 1936, he and his wife set out for India as missionaries. Newbigin worked for many years in India and eventually helped to establish a large network of Christian communities across the country. He would train “mission agents” and send them out into smaller villages to teach and baptize. Newbigin eventually became the Bishop in the Church of South India.

He “retired” in 1974 and went on to teach at Selly Oaks College in Birmingham, UK. He turned down an offer to become the Assistant Bishop of the Diocese of Birmingham and instead became the pastor of a small, inner-city Reformed congregation.

Throughout his whole career, Newbigin was a prolific writer, with 17 books published prior to retirement. During his “retirement” period, he would publish 15 more books.

Newbigin was an incredible writer and was extremely passionate about sharing the Gospel of Jesus Christ. He spent the bulk of his career abroad, but when he returned to Europe he was shocked to find that secularization had spread rapidly. On their journey home from India, the Newbigin family had to worship by themselves while in Cappadocia because they couldn’t find a church or group of Christians to worship with. This forever changed the way Newbigin viewed Western culture because he saw just how quickly a once firmly Christian city could abandon the faith.

Newbigin’s work formed part of the foundation for the modern Missional Church. Below are several quotes from Newbigin’s book, The Open Secret: An Introduction to the Theology of Mission, that can help Western Christians understand the position we are in and where we must go from here.

“In many contexts a ‘mission church’ was the second-class institution in the downtown quarter of the city….In some forms of ecclesiastical vernacular, a ‘missionary diocese’ was a diocese that had not yet graduated to the full status of a diocese without qualification. Theological faculties might have provided a place for ‘missions’ as a branch of practical theology, but it had no place in the central teaching of Christian doctrine. To put it briefly, the church approved of ‘missions’ but was not itself the mission.” (pg. 2)

“If God is indeed the true missionary…our business is not to promote the mission of the church, but to get out into the world, find out ‘what God is doing in the world’, and join forces with him.” (pg. 18)

“Mission…is faith in action. It is the acting out by proclamation and by endurance, through all the events of history, of the faith that the kingdom of God has drawn near. It is the acting out of the central prayer that Jesus taught his disciples to use: ‘Father, hallowed be thy name, thy kingdom come; thy will be done on earth as in heaven.'” (pg. 39)

“[Mission] is not the property of the church. It is not domesticated within the church. Mission is not simply the self-propagation of the church by putting forth the power that inheres in its life….On the contrary, the active agent of mission is a power that rules, guides, and goes before the church: the free, sovereign, living power of the Spirit of God. Mission is not just something the church does; it is something that is done by the Spirit, who is himself the witness, who changes both the world and the church, who always goes before the church in its missionary journey.” (pg. 56)

“At this point the church has to keep silence. It is not in control of the mission. Another is in control, and his fresh works will repeatedly surprise the church, compelling it to stop talking and to listen.” (pg. 61)

I would have quoted the entire book if copyright law and the average reader’s attention span would allow it. Hopefully this post has given you a taste of the huge body of work that makes up the foundation of the Missional Church.

The main take away is that “mission is not the property of the church”; it is not just a new way of getting people into the pews. The mission is God’s. The church can take part in God’s mission by taking our hands off the wheel and following Christ.

It may seem that I am beating a dead horse by constantly reiterating what missional means and that God’s mission is not fundamentally about the church. I am emphasizing it so heavily because it is my experience that people don’t really accept it. Many church folks seem to say, “Yeah, yeah. Being missional is not about church membership and church growth” while they wink and keep hoping that it is just that.

I’ll leave you with some closing words from the end of The Open Secret:

We have now drilled down a little more to the true meaning of the missional church. The next blog posts will drill down even further to explore missional Anglicanism and what the missional Episcopal Church might look like. From there, we will look at missional youth and young adult ministry in particular. 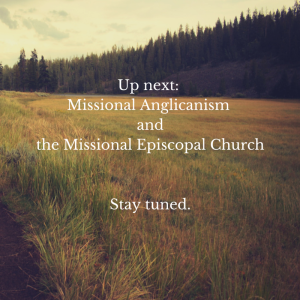